United Nations Recognition of EAFORD as a
“PEACE MESSENGER” 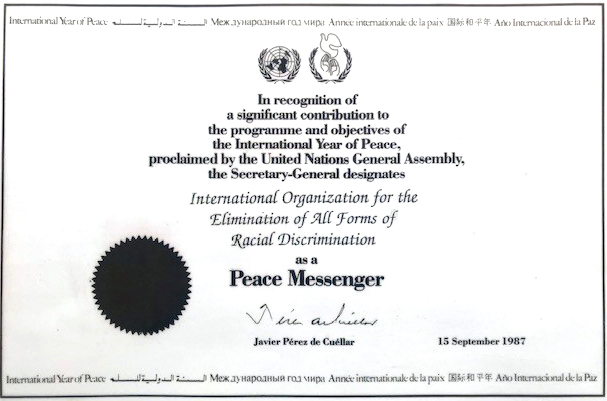 EAFORD INTERNATIONAL AWARD FOR THE PROMOTION OF HUMAN UNDERSTANDING

These awards for outstanding books in English, French, Arabic, Spanish, and Portuguese are made by EAFORD in accordance with its purposes, which include the “confirmation of the moral and human values of equality, brotherhood and justice without discrimination by reason of race, color, descent or national or ethnic origin.” 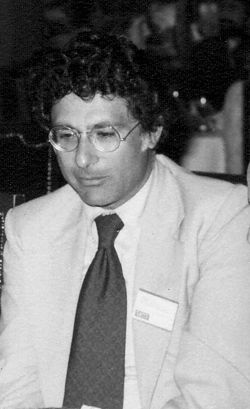 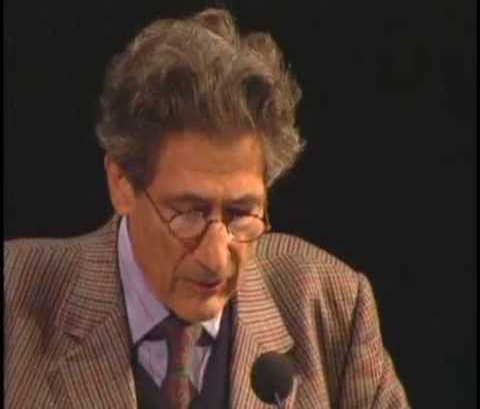 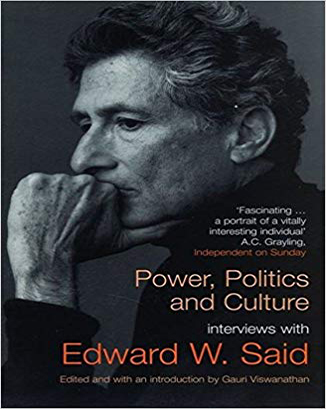 Dr. Edward W. Said, Parr Professor of English and Comparative Literature at Columbia University, and Dr. Roberto Cardoso de Oliveira, Professor of Social Anthropology, Universidade de Brasilia, and Vice-President of International Council for Philosophy and Humanistic Studies (UNESCO) were the first recipients of the International Award for the Promotion of Human Understanding based on their works in 1978.

In making the announcement of the award, each of which carried a cash prize of $5000, Dr. Anis Al-Qasem, Secretary-General of the International Organization for the Elimination of All Forms of Racial Discrimination (EAFORD) noted that Professor Said’s work entitled “Orientalism” (Pantheon Books, New York 1978) has won high praise for its incisive approach to the problem of racism in literature dealing with the Orient.

More about Edward Said’s Book “Orientalism”, for which he received an award from EAFORD. 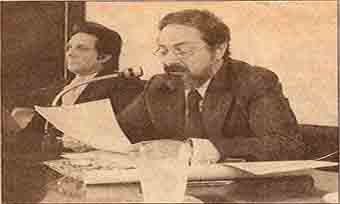 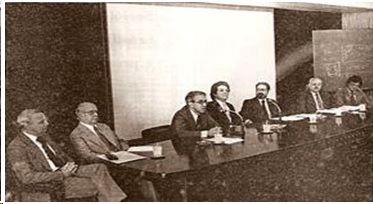 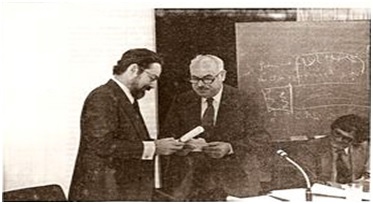 Dr. Roberto Cardoso de Oliveira, Professor of Social Anthropology, Universidade de Brasilia, and Vice-President of International Council for Philosophy and Humanistic Studies (UNESCO) was singled out for his outstanding contribution to the study of the Indians in Brazil. Although his book “Sociologia do Brasil Indigena” (Portuguese, University of Brasilia, 1978) was specifically cited for the award, it was also noted that Professor de Oliveira has a long record of distinguished research into discrimination affecting the Indians of Brazil.

The presentation of the award was made by EAFORD’s Secretary-General at a special ceremony at the University of Brazilia attended by the Brazilian Minister of Education, the faculty and students.

EAFORD’s International Award for the Furtherance of Human Understanding

By Slyvie Vincent and Bernard Arcand 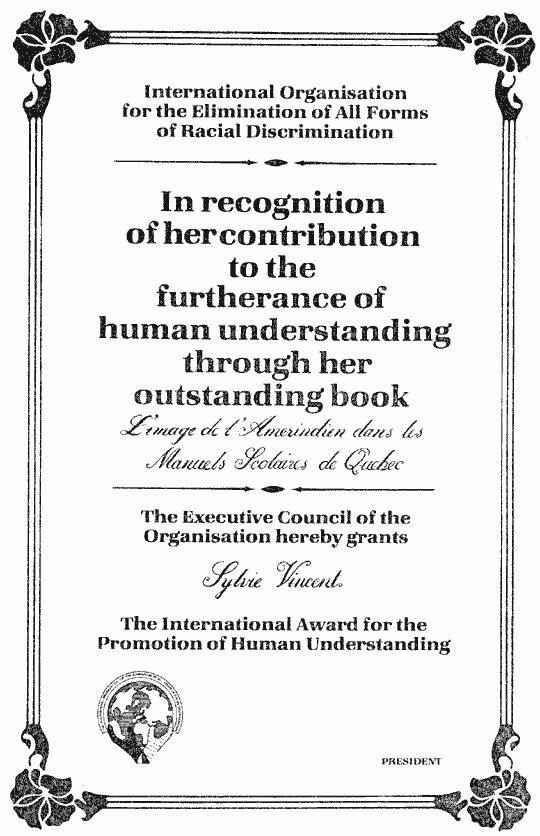 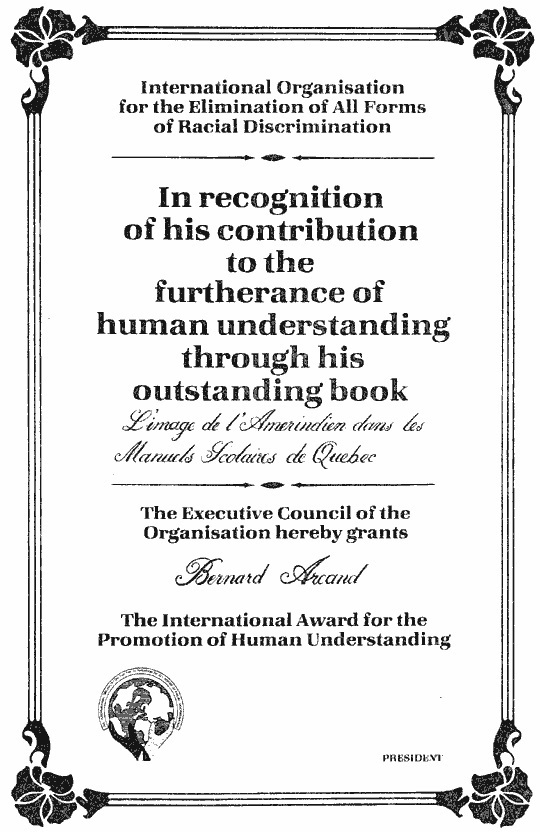 EAFORD’s International Award for the Furtherance of Human understanding in 1981 was awarded to Slyvie Vincent and Bernard Arcand for their outstanding book entitled, L’image de l’Amerindien dans les Manuels Scolaires du Quebec. The presentation was made at a special convocation called by the rector of Universite Laval, Quebec City, Canada on 27 May 1982.

On March 31, 1986, the Honorable Paul Findley, former Republican Congressman for Illinois, was presented EAFORD’s International Award for the Promotion of Human Understanding. This annual award recognized his outstanding published work of the previous year as a distinguished contribution toward advancing knowledge of cases of discrimination and racism. In 1986, EAFORD honored Paul Findley as the author of just such outstanding book, They Dare to Speak Out.

Mr. Findley’s book deals with the practices of what in the United States has become known as the “Zionist lobby.” In particular, They Dare to Speake Out documents the activities of this body of highly-politicized organizations and individuals in preventing the expression in the United States of a non-Zionist point of view on the Palestine question.

The work of Paul Findley on this subject is indeed unique as emanating from his experience with the lobby in Congress, a major target of Zionist lobby pressure and censorship of non-Zionist opinions. Paul Findley’s determination to publicize these machinations derives from his experience as one of the congressional casualties precipitated by Zionist efforts, as well as from a fundamental concern for America’s most precious freedoms-in specific, the freedom of speech as guaranteed by the First Amendment.

Therefore, it is in commemoration of what the democratic world, is considered to be among the inalienable rights of peoples that EAFORD honored Paul Findley for daring to speak out. EAFORD President Abdalla Sharafeddin presented the award to Mr. Paul Findley, who then addressed the members of EAFORD and attending guests. A PDF of this groundbreaking book is available here.

INTERNATIONAL AWARD FOR THE PROMOTION OF HUMAN UNDERSTANDING 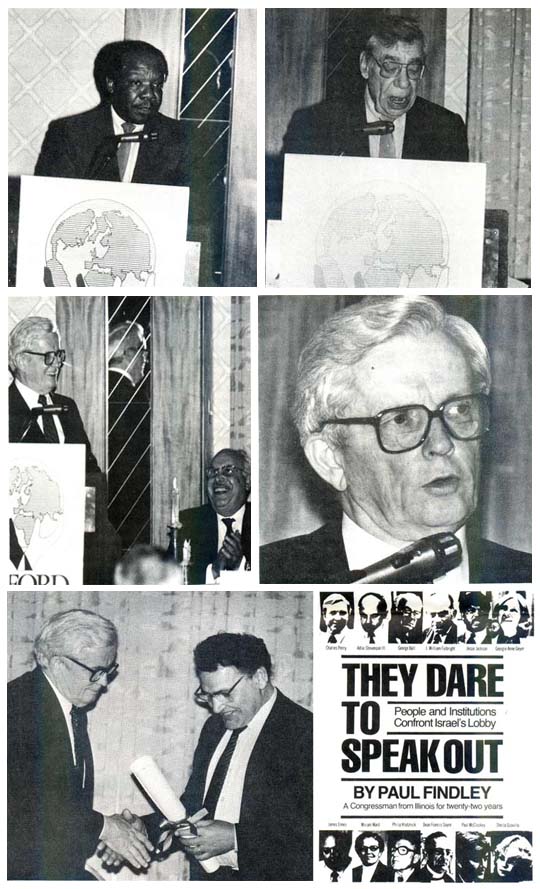 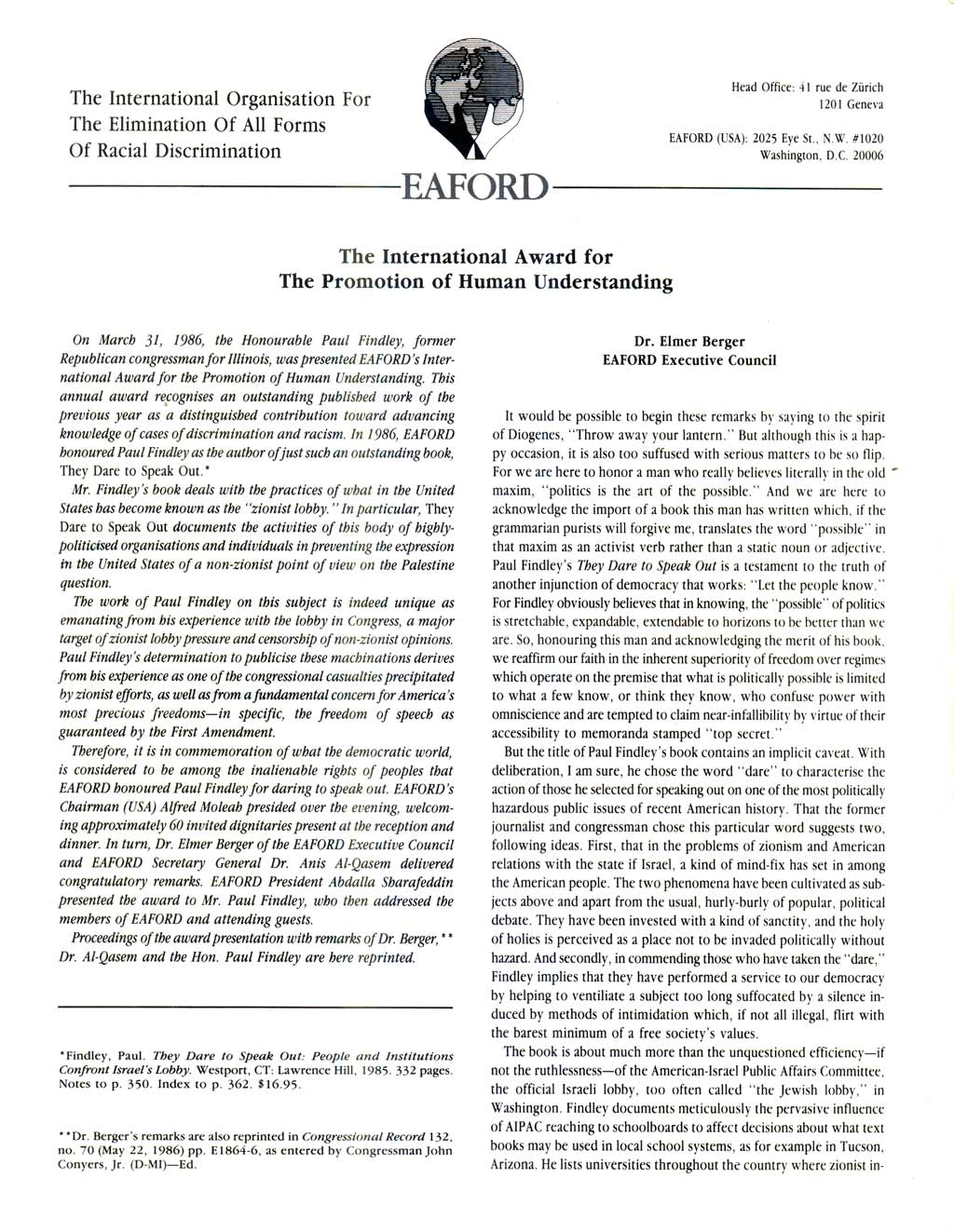 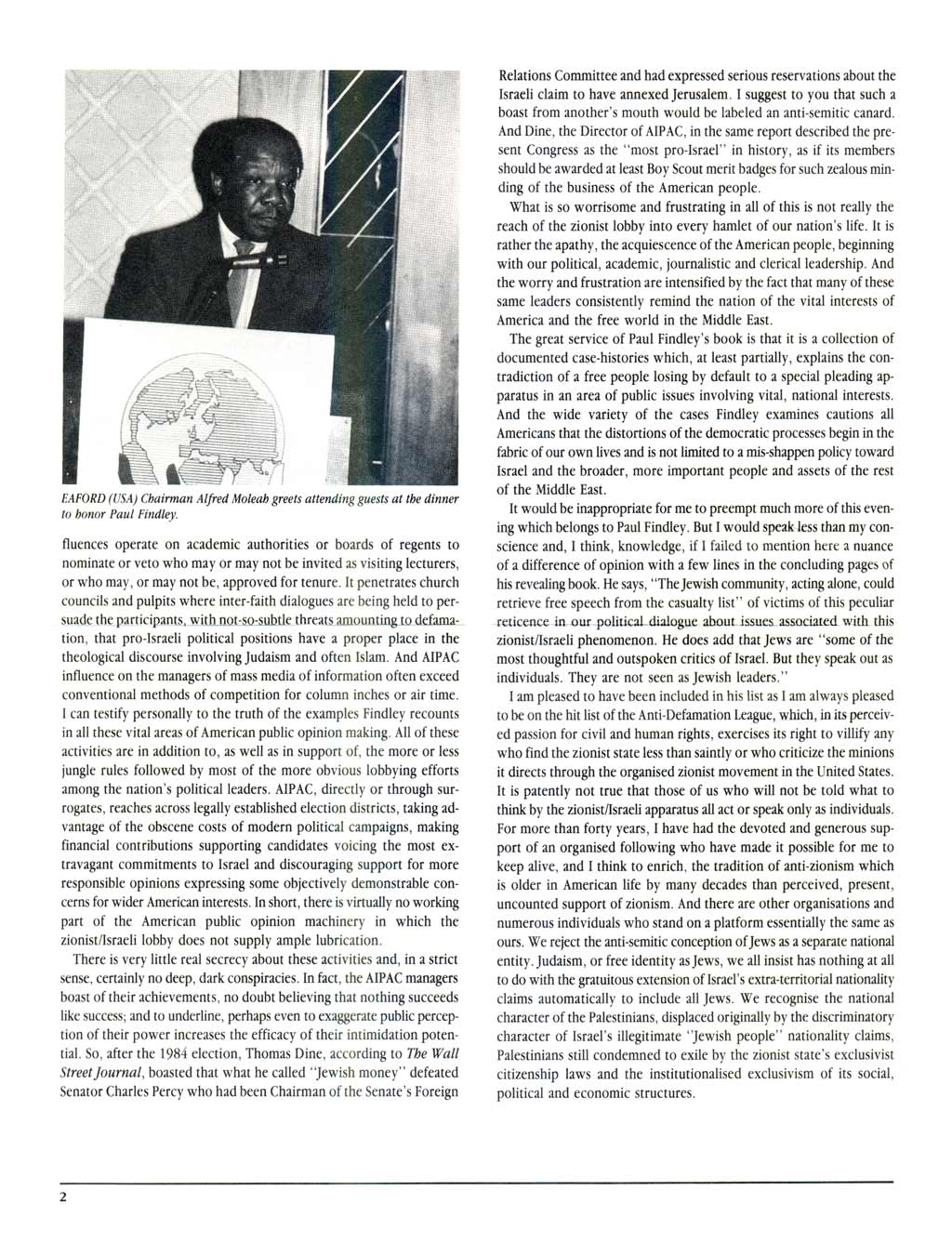 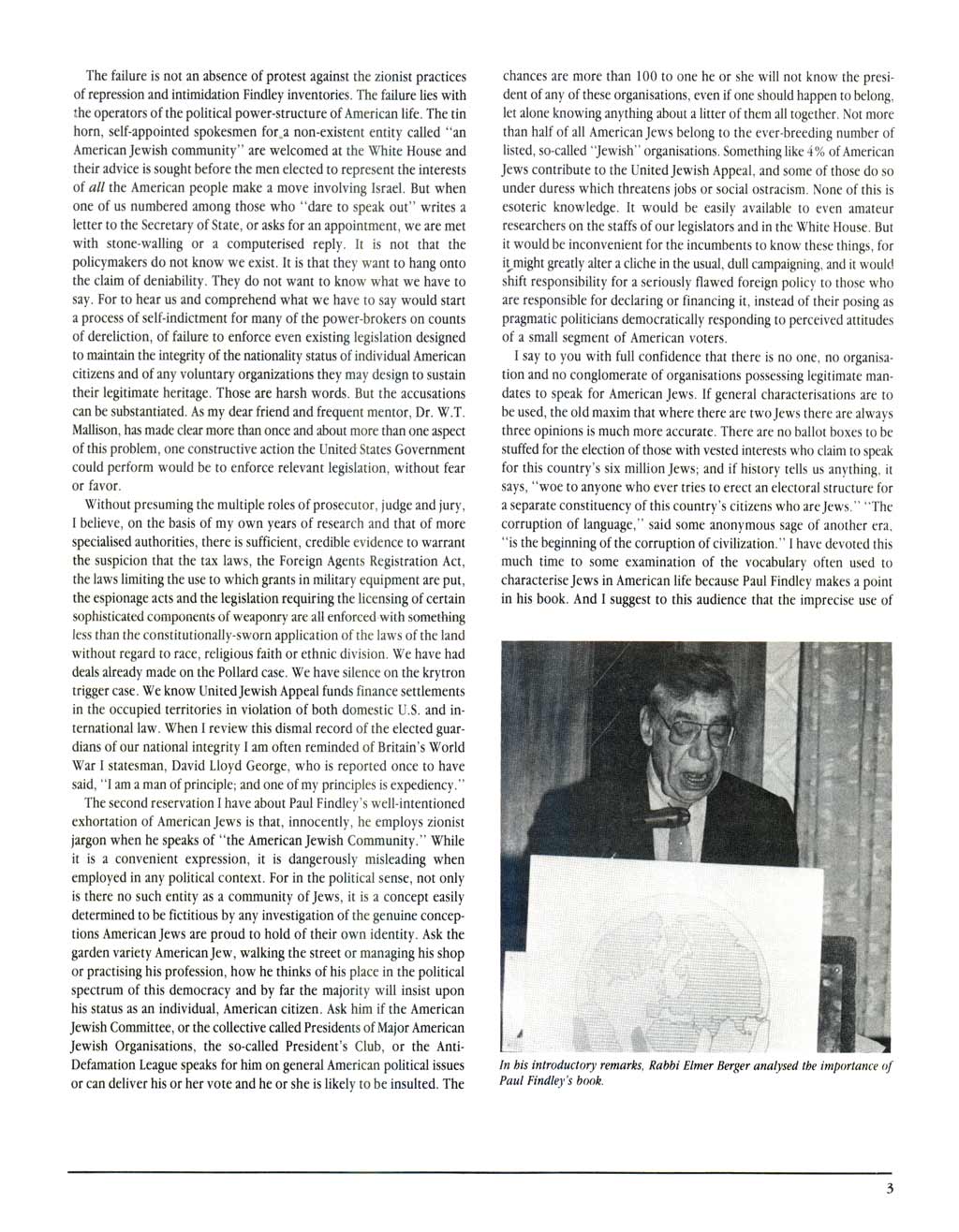 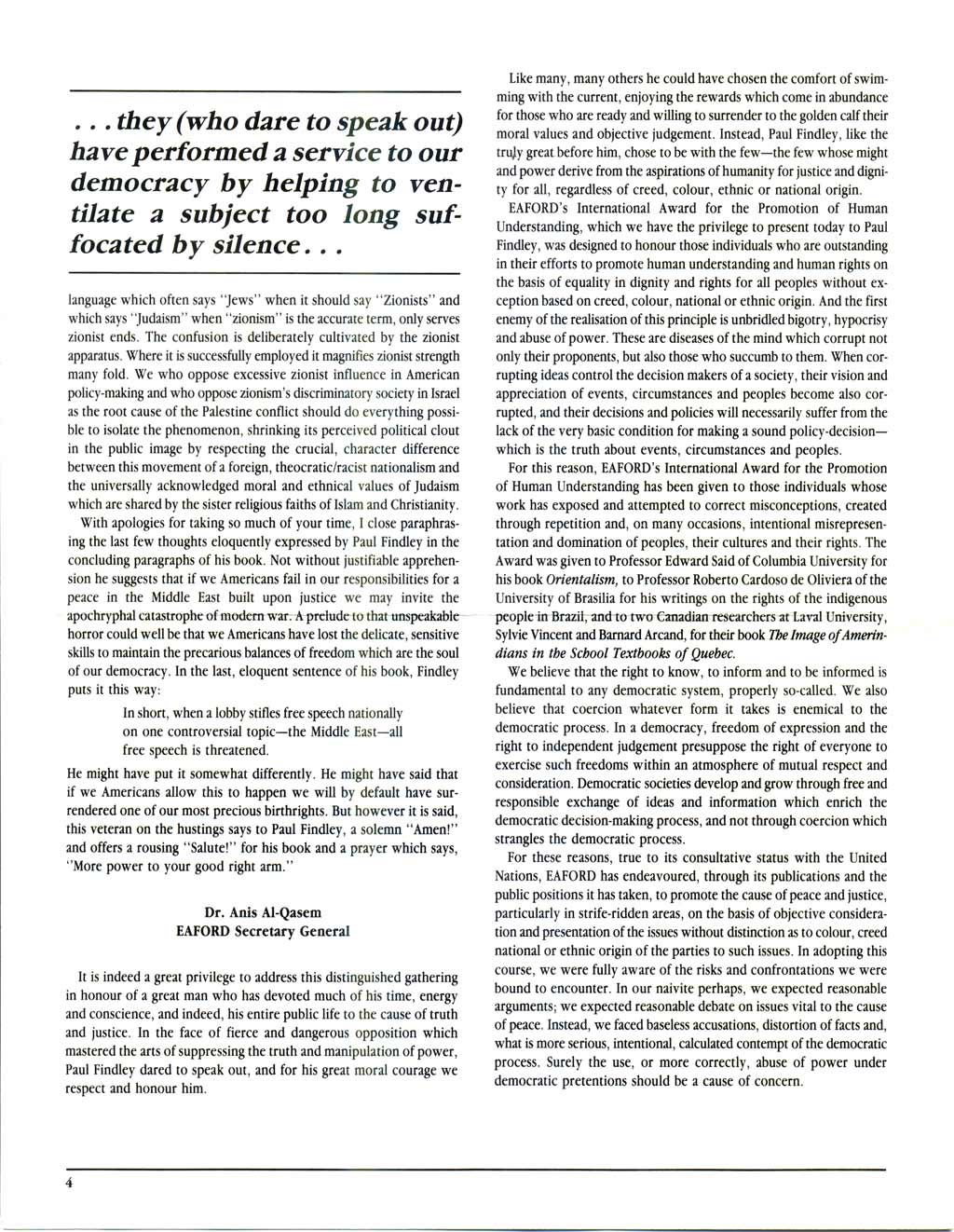 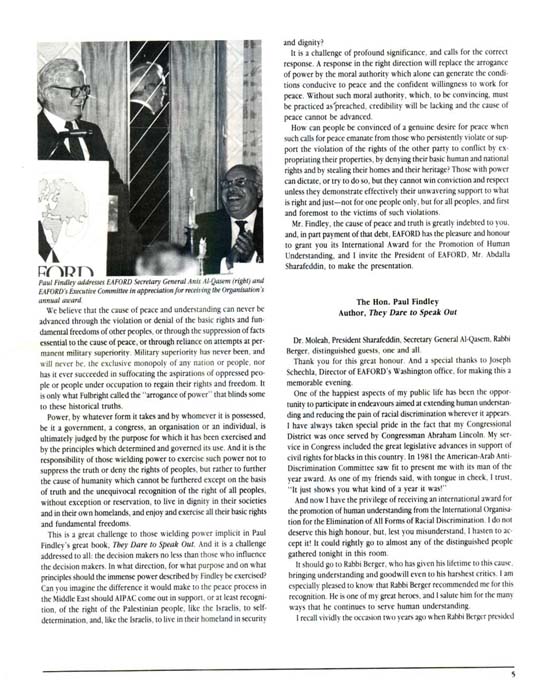 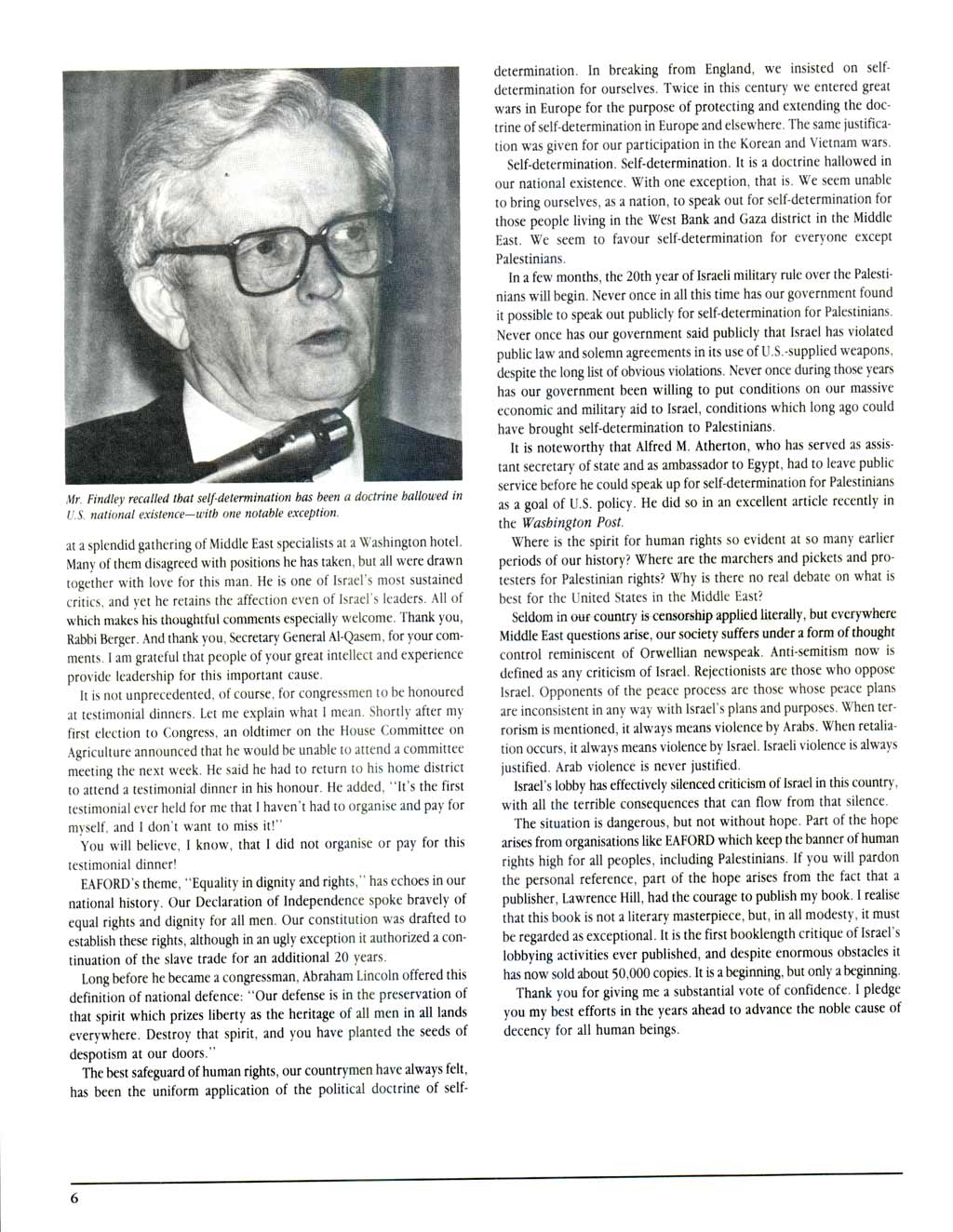 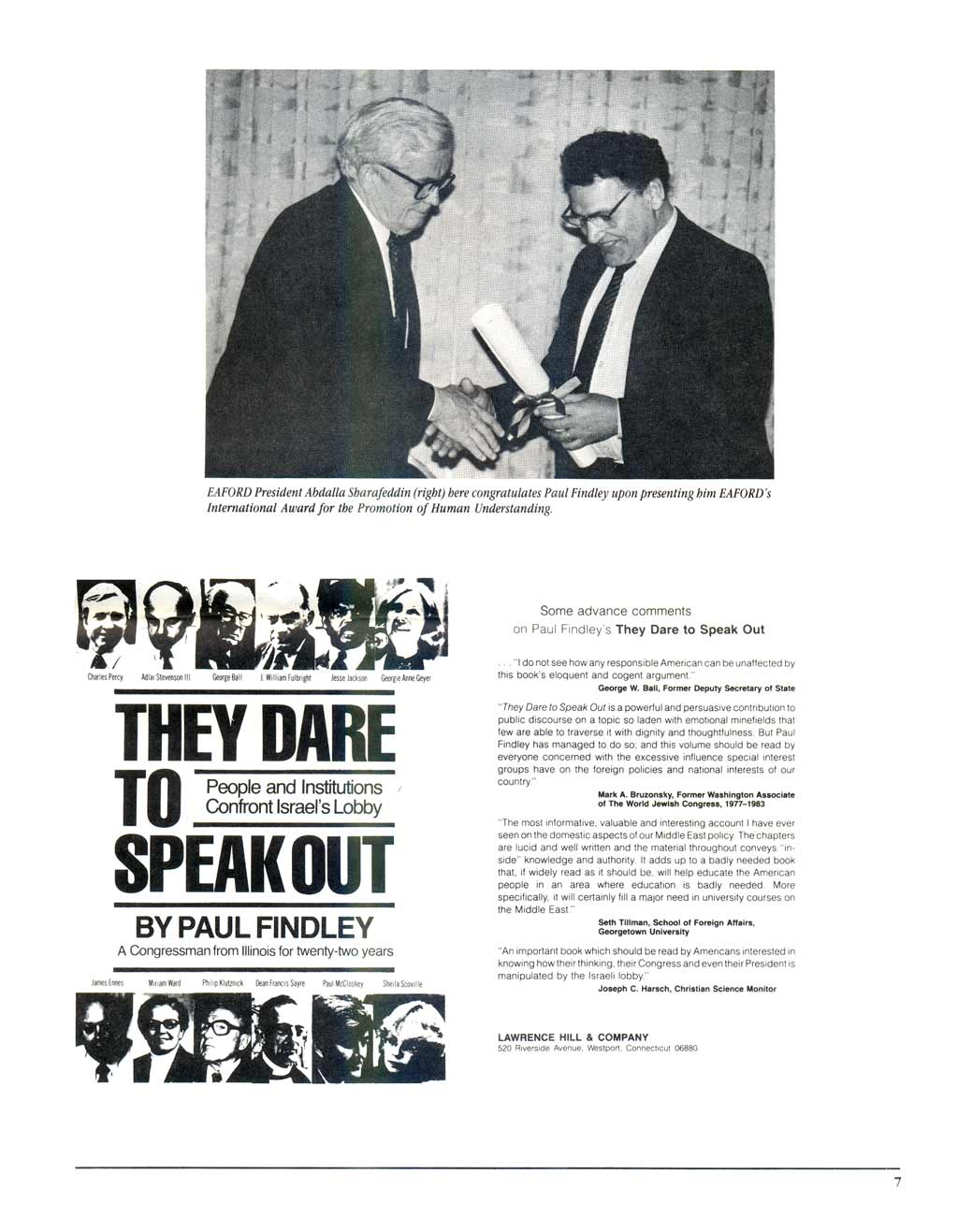